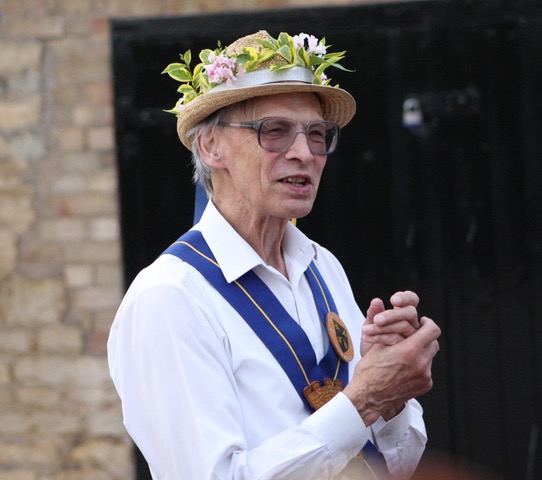 It is with sadness and heavy hearts that we announce the passing of Ian Paul, a founder member of Peterborough Morris and long-serving Foreman.

Ian’s dancing career began in the late 1940s as a teenager in St. Albans, where he quickly gained a reputation as a dancer of prodigious talent. Starting out with old time and Scottish country dance, he soon took to Highland, English country, and eventually morris. At university, Ian dedicated the majority of his leisure time to dancing, becoming President of the country dance society at University College London. At its peak, the society met five times a week, with a varied programme of English country, Highland, and morris dancing.

During National Service with the RAF at Castle Bromwich, Ian developed a fascination for radar and accepted a permanent commission in 1954. Frequent relocation presented variable opportunities for dancing, but Ian was always able to seek out local clubs. At Southampton, he joined the Winchester Morris Men, followed by a posting to Henlow which delivered him to the Offley Morris Men and Stapler’s folk dancers. In the late 1950s, he was invited to participate in a tour of Devon organised by the White Horse Morris Men, which became an annual holiday. Whilst stationed at RAF Laarbruch, in northwest Germany, Ian met Vera. They married at Peterborough Cathedral in 1963 with the Offley men providing a guard of honour.

His next posting was to RAF Upavon in Wiltshire, described by a friend as ‘a compassionate posting to White Horse’ after two and a half year’s ‘morris exile’ in Germany. Ian was elected Squire of the White Horse side in 1966 and held office until the spring of 1967 when he was posted to Philadelphia to work on the Chinook purchase. With a young family now in tow, he retired from the RAF in 1969.

Ian and his family moved to Peterborough in 1973, where he took a job at Perkins Engines. At this time, there was no folk dancing club in the city, but Ian continued to attend the annual summer tours to the New Forest with White Horse, and to the Cotswolds and later Derbyshire with Offley. In 1978, the family became founder members of the Peterborough Folk Dance Club, and the following year Ian assisted in the formation of Peterborough Morris. 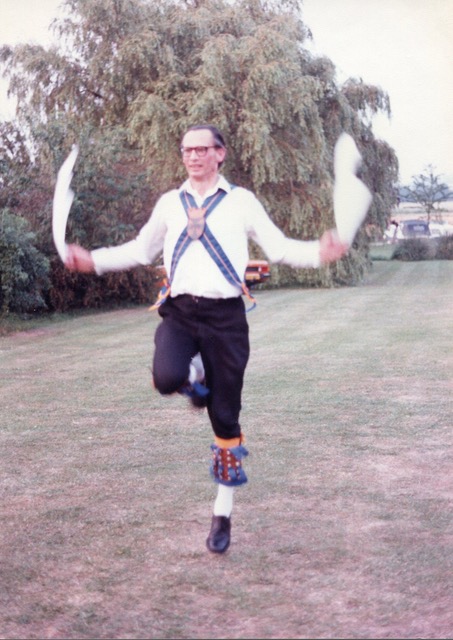 In 1984, Ian and Vera formed Hurluberlu, a group specialising in 17th century English country dance. In 1980 Ian was elected Foreman of Peterborough Morris, a role which he held for most of the last 41 years. He served as Squire from 1983—84.

Peterborough Morris has benefitted enormously from Ian’s extensive knowledge and expertise over the years. Never wavering from his pursuit of excellence, Ian was sometimes economical in his praise but always generous with support and guidance. His passing is a great loss to the side. 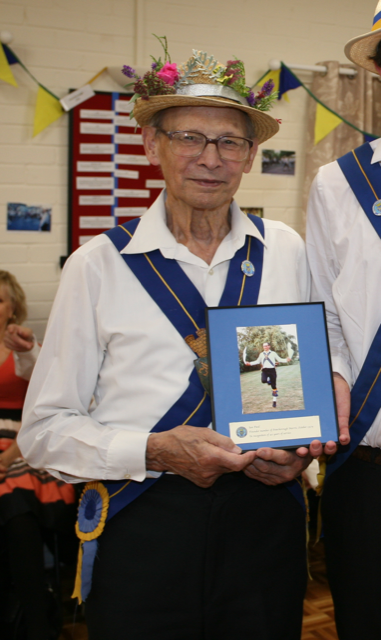 The final dance from his funeral, Bonney Green, Bucknell.